Labor:
Its History,
Its Resistance,
and Labor Today

by: Jordan Ealey, dramaturg and scholar, Working In DC​ 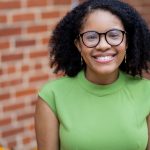 Describing work as human beings’ “prime impulse,” Pulitzer Prize-winning author and oral historian Studs Terkel set out to understand work in this country and how it functions in our society. This curiosity led to the publication of his 1974 book, Working: People Talk About What They Do All Day and How They Feel About What They Do. The book features interviews from many different workers in a wide variety of careers from newspaper delivery boys and farm workers to editors and priests. Through this bevy of oral histories, Terkel ultimately comes to the conclusion that while it presents many challenges and pitfalls, work can foster meaning in people’s lives. This interesting and captivating oral history captured the attention of theatre artists Stephen Schwartz and Nina Faso, who eventually adapted the book into a successful musical.

Known as “Mr. Chicago,” Terkel was perhaps best known for his long-running radio program The Studs Terkel Show—which ran from 1952 to 1997 in Chicago, Illinois’s WFMT. Terkel authored many different oral histories, such as on The Great Depression, World War II, racial relations in the U.S., and the notion of “the American dream.” Terkel had a life-long commitment, in the words of scholar Alan Weider, to his “quest for social justice.” (12) Our production of Working, a musical, centers the long and storied history of labor in the United States, especially in Washington, D.C. Today, this post will briefly explore labor history and its contemporary reverberations.

Labor: Its History and Its Resistance

In their book, Labor in America: A History, scholars Melvyn Dubofsky and Joseph A. McCartin track history from “colonial America” to contemporary iterations. According to Dubofsky and McCartin, labor in the United States began with colonial contact and the instantiation of the system of enslavement, in which captive African people were exploited and extracted from, resulting in the structural oppression we see embedded in our infrastructure today. Many historians and scholars, particularly within disciplines in African American Studies and History, agree with this assessment. In particular, historian Edward Baptist similarly explores the link between the United States’ economic system of capitalism and slavery, arguing that the insistence on slavery is only emblematic of America’s past, rather than a conscientious attention to the ways it continues to structure our present.

As the United States transitioned into the nineteenth century, labor shifted as well. The advent of the nineteenth century saw a huge growth in a modern economy, due in large part to the technological advancements courtesy of the Industrial Revolution which brought along breakthroughs in transportation and communication. These innovations began to foster a global economic network; the world was becoming smaller and the demand for labor was growing bigger. With this change in economic structure, labor exploitation became easier and the norm. As aforementioned, the system of slavery depended solely on this exploitation and extraction—and in turn, there was resistance from enslaved people in the form of fugitivity via the Underground Railroad, laboring less, and large-scale rebellions such as the Haitian Revolution. This legacy of resistance has continued into labor movements across time and location. As important as it is to understand the history of labor, it is equally as prescient to understand the crucial resonance of labor movements.

In the summer of 1881, a group of twenty black washerwomen initiated a labor strike in Atlanta, Georgia. Beginning several weeks before the International Cotton Exposition, the strike took place over the course of a month. It followed the organization of the Washing Society, an organizing collective in Atlanta’s Summer Hill neighborhood. The collective was a product of the black social structure of nineteenth-century Atlanta; as black communities gained a critical mass of members, they began to recognize their collective political power. The washerwomen’s strike, thus, underscored black sociality in the New South; the strike emerged from informal connections among these black female laborers. They were able to leverage their private relationships for public recognition, an important space for black women in subsequent political movements and inspired other washerwomen strikes across the South.

There was also the El Monte Berry Strike in 1933—during The Great Depression— in which 1,500 workers walked out of the berry fields in El Monte, California to demand higher wages. The strike was particularly important because it disrupted the growing economy in Southern California, illuminated racial tensions among Mexican, Japanese, and white communities, and eventually ended in the workers receiving higher wages, though poor working conditions remained. Another significant strike in labor history is from the Dollar Store Strikers, led by activist Sue Ko Lee to protest the horrid working conditions in San Francisco’s factories. Lee organized the strike, demanding an end to this poor environment and higher pay and was able to receive that. These three examples are just a small portion of the long history of labor resistance, a practice that can be found across races, ethnicities, geography, time, and career fields.

When the COVID-19 pandemic hit the United States in February and March 2020, panic ensued and for good reason. According to the statistics published by PEW Research Center in September 2020, 25% of adults in the U.S. were laid off from their jobs and 32% had to take a cut in pay. When broken down even further by race and ethnicity, Black and Hispanic communities were hit hardest by the unemployment rate (and relatedly, these communities were additionally struck hardest by the coronavirus itself). Lower-income adults additionally took a large hit in their respective industries, with 43% of lower-income adults using money from savings and/or retirement for daily expenses, compared to the 16% of upper-income adults who did the same. The pandemic has seemingly renewed interest in labor practices, especially due to these stark numbers.

As a result of the pandemic, billionaires reportedly got richer as working-class and low-income folks lost their jobs and their finances. The Bureau of Labor Statistics reports in their June 2021 report that long-term unemployed—defined as those who are jobless for more than 27 weeks—increased to four million, rising from the 2.9 million reported in February 2020, accounting for 42.1% of the unemployed in June. Additionally, more and more workers especially in the service industry such as restaurants are refusing to return to work, despite nationwide reopenings and high vaccination rates in some areas, because of low wages and poor working conditions. In the D.C. area, for example, this refusal has been referred to as a “shortage” and coming off of the heels of reports of more than half of jobs lost in the last year were in the leisure industry. Part of this, too, is the grim fact that the United States saw over half a million lives taken by the coronavirus pandemic; they may not be here to take the jobs. This perspective sharply affects the way this so-called “shortage” is framed as the pandemic is ongoing and greatly shifts our way of life.

Alongside the service, leisure, and hospitality industries, questions around labor have also permeated the theatre industry. Last year, in June 2020, a collective of Black, Indigenous, and People of Color theatre artists published the open letter, We See You White American Theatre, in which was a call for significant transformation in American theatre. Following the letter was a nearly forty-page document that detailed ways for Broadway, Off-Broadway, and regional theatres to engage in anti-racism. One of those ways was to eliminate harmful practices such as the 10 out of 12, a standard in all productions, as well as equity transparency around hiring, compensation, and work expectations. This collective call to action has also been coupled with other calls for reckonings around racial equity and an end to harmful labor practices as seen most recently from the strikes at Williamstown Theatre Festival and the demands from employees at the Eugene O’Neill Center. Earlier last week, Actors Equity also released a statement ending their long-held requirements to achieve membership in their union, recognizing that it promoted a significant barrier to entry for marginalized theatre artists. This is an important first step in rectifying the years-long harm committed especially in the theatre industry and to recognize that while we are artists, we are also laborers and that we have a right to a healthy work environment, livable wage, and equity across race, gender, sexual orientation, ability, and financial background.

Labor today and in the future is going to have to account for the ways that too many people for too long have been exploited for their work. Many workers are no longer standing for this kind of harm and people are pulling from the legacies of labor movements and organizing against this, as seen with the recent protest in Washington, D.C. led by excluded workers from federal aid and the planned October strike for low-income workers. Labor industries will be forced to change their practices in order to continue—putting the power where it ultimately belongs: in the hands of the people.

Baptist, Edward. The Half Has Never Been Told: Slavery and the Making of American Capitalism. New York: Basic Books, 2012.

Dubofsky, Melvyn and Joseph A. McMartin. Labor in America: A History. Hoboken: John Wiley and Sons, 2017.

Hunter, Tera. To ‘Joy My Freedom: Southern Black Women’s Lives and Labors After the Civil War. 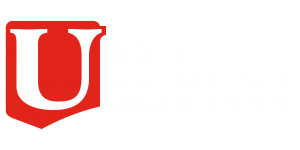